International Project in Our School

Our pupils had the opportunity to share letters with  different schools from other countries with an international project. 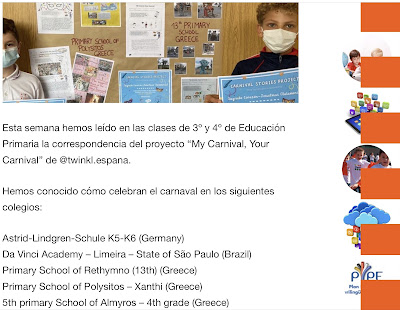 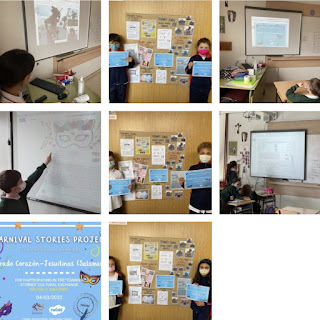 Last March 17th, our pupils in 6th grade had a good time with an online workshop about Harry Potter.It was amazing, because Dave was a nice speaker  .We could watch videos, sing songs and much more… 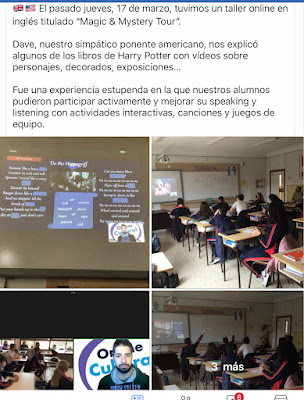 Emily from USA in Jesuitinas-Salamanca

Emily comes from USA and our pupils have the opportunity to improve their English speaking!!! 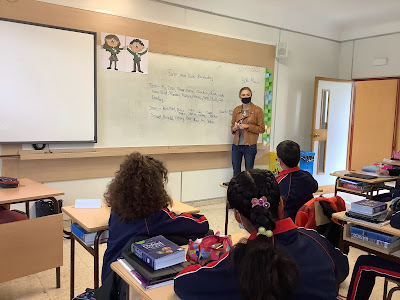 This is an easy way to learn these type of verbs.Our pupils in Primary study them much better!!

Welcome to our spooktacular Halloween Songs & Crafts! There is something about Halloween which really catches the imaginations of children - perhaps it is all the candy and sweets and dressing up!

Trick or treating today involves groups of children dressing up in costumes and knocking on doors in their neighbourhood to ask for candy on Halloween.

This tradition also comes from Britain and Ireland in the Middle Ages, where children and sometimes poor adults would dress up in costumes and go around door to door during Hallowmas (All Saints Day) begging for food or money in exchange for songs and prayers, often said on behalf of the dead.  This was called "guising" or “souling”, and the tradition was first seen in Canada and the USA around 1911. The term "Trick or Treat" first appeared in print in Alberta, Canada in 1927.

Dressing up in costumes at Halloween is also a medieval tradition. Because the dead were supposed to visit around this time of year, people would wear masks and costumes so that the ghosts and spirits wouldn't recognise them! 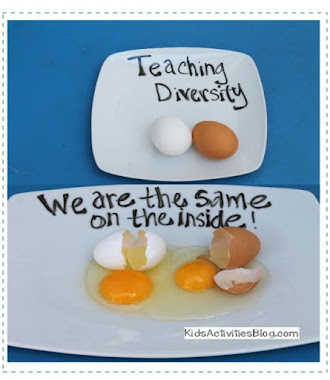 BACK TO SHOOL SAFETY...

Wheel Decide is an amazing recourse to review whatever you want with your pupils ,for instance,grammar or vocabulary and it is really fun!
Wheeldecide.com 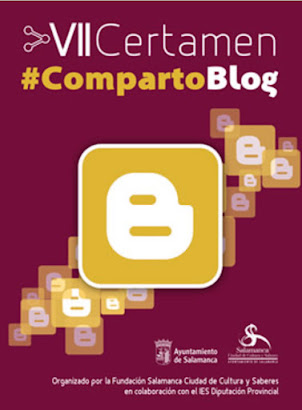 Search on this blog

What time is it?